The History of the United States Treasury 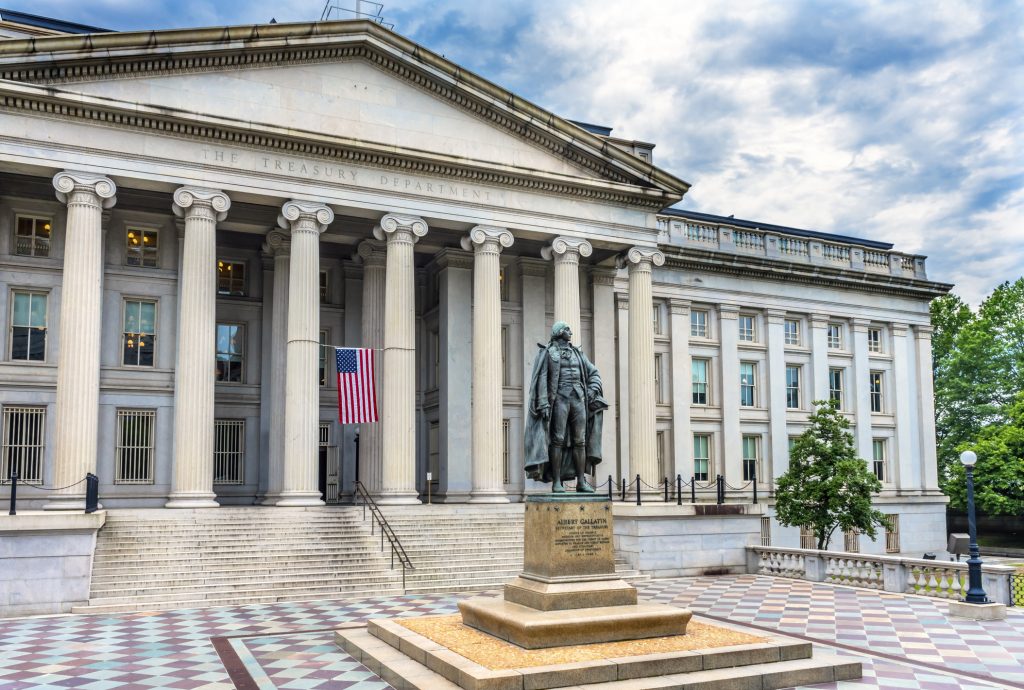 Come the 4th of July, we all are reminded of the history and vision of the United States of America as a free, prosperous, and proud nation. Whether thinking about the history of the Revolutionary War or key figures such as Benjamin Franklin, the nations’ roots are appreciated and examined today. You may also be familiar with the hit musical “Hamilton,” created by Lin Manuel Miranda, about the founding father and creator of the US Treasury, Alexander Hamilton.

On this particular 4th of July, the Treasury has particular importance given its role in inflationary periods like we are seeing today. But how did the Treasury come to be, what was its vision, and how does it play a role today?

The Founding of the Treasury

Alexander Hamilton was the first Secretary of the Treasury in 1789. Hamilton had served as George Washington’s aide during the Revolutionary War. Because of his managerial skills, Hamilton was appointed by Washington to help manage the national debt accumulated during the war.[1]

What was the Role of the Treasury at the Time?

At the time of its formation, the national debt was growing. So, in 1776, Congress created a committee of five to manage the Treasury and report their dealings.[2] But for a while, the nation’s finances remained disorganized.

When Hamilton took over, he insisted upon federal assumption and dollar-for-dollar repayment of the country’s war debt of $75 million to revitalize public credit, saying that the “debt of the United States was the price of liberty. The faith of America has been repeatedly pledged for it, and with solemnities that give peculiar force to the obligation.”[3] Hamilton’s vision was for the US to grow into a nation of industry and trade. So, he saw customs duties, which are basically an export/import tax, as a key source of national income. His financial policies spurred investment in the Bank of the United States, helping stabilize the country’s finances.[4]

How Does the Treasury Play a Role Today?

The Treasury is an ever-changing institution, always adapting to the country’s needs. However, its basic functions set out by Congress and the Constitution remain relatively unchanged. The growth of international trade after World War I and America’s involvement in World War II demanded an active role by the Department of the Treasury in the Bretton Woods Conference in 1944, which established the International Monetary Fund and the World Bank, and the leadership of the United States in promoting worldwide economic development.[5]

Today, the Treasury advises financial, monetary, economic, trade, and tax policy. It manages government accounts and public debt. It also carries out the operating logistics of the money supply, such as coinage and taxation.[6] It even sells bonds in the form of Treasury Bonds that you might be utilizing in your retirement plan!

If the long and fascinating history of the Treasury got you thinking about your finances, there’s no better time to talk to a financial advisor who can assess your unique financial situation and goals and help you take the next step in achieving your retirement goals. We can help you adapt to the times and create a plan for the future. Click HERE to sign up for a time to meet us at Barnett Financial and Tax.

Thank you for the continued trust you have put in us. Our ongoing success relies on your support, and we will continue to use this as motivation for how we can better serve you and our community.